Stop at this Road Blog

“Make sure you're at the military road blocks before noon – otherwise, the soldiers will be drunk and abusive...”

Still the weapon of choice

This has been a sound travel advice for most of Africa in the past decades. Rumors have it that the situation most places has improved. I hope so. Mostly because my next adventure takes me through 18 African countries, most of which are located in what is unchartered territory even for the most seasoned travellers: West Africa. This part of Africa has always been the 'holy grail' for independent travellers. It is isolated, poor, has terrible infrastructure and few other foreigners to ask for help. There is no credible guidebooks (the Lonely Planet for West Africa is appallingly poor; Rough Guide's is from 2008), numerous armed conflicts and diseases like Malaria (and now Ebola)... But West Africa is also home to welcoming peoples, fantastic music and a wild side that promises adventure!

With those words of introduction, I am happy to welcome you to this new blog. As the name 'West African Road Blog' suggests, I will be blogging from my travels on the African roads and off roads. Whether my mode of transportation is buses, bush taxis, trucks, camel or something even more strange – and I shall do my best to poke as much fun at the actual road blocks along my route… To the degree where I won't be shot or arrested. Anyway, I hope you will check in on me once in a while. 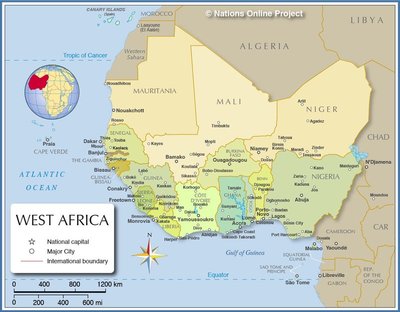 Beginning on March 10 and for the next year or so, I will be reporting back from the following countries: Morocco, Western Sahara (yes, that is a country), Mauritania, Cape Verde, Senegal, The Gambia, Guinea-Bissau, Guinea, Sierra Leone, Liberia, Côte d'Ivoire, Mail, Burkina Faso, Ghana, Togo, Benin, Niger and Nigeria. At least that is the plan, but plans are made to be changed, so let us see how far I manage to get. So far, I know that the first month will be spent in Morocco learning some French. As 11 of those countries are Francophone – and I speak no French whatsoever – is seems worth it. Even though this blog's action-packedness might suffer a bit here in the beginning. 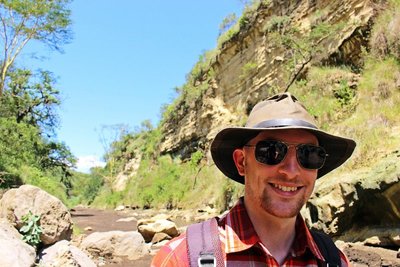 Still a little low on pictures from Africa, so here is me in Kenya

Next Table of contents